The lovely photos below were taken by Australian photographer Samuel Hood circa the 1930’s and ’40’s.

Before surfing across some of his pics on Flickr this week I was unaware of Hood’s work. His career started in the 1880’s. Over the years he was a press photographer, eventually owning his own studio and doing commercial work as well.

I really like Hood’s style. Can’t exactly put my finger on what it is about the photos that grab me.  I suppose I tend to be drawn to this period in time in general. And the scratches, dust, and vintage appeal are totally up my alley. But, I also find myself very interested in the subjects, wanting to know the rest of the story. What led up to the photo. What happened after it was taken.

For a bit more on Hood you can check out his bio at the Library of New South Wales website. 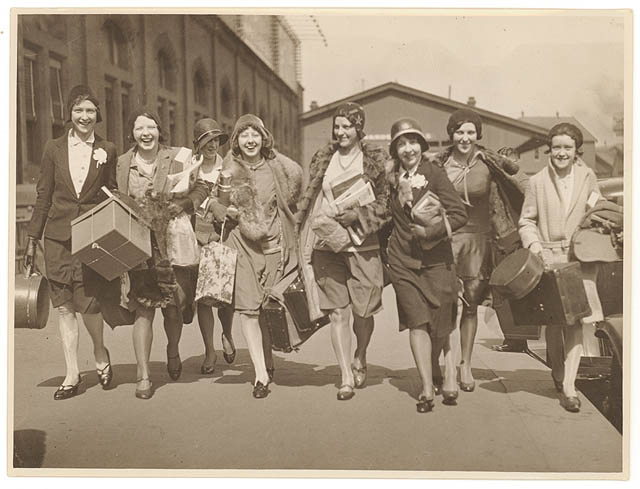