Our front porch, which is smack dab in the middle of Baltimore City (yes, THAT Baltimore), apparently is a haven for exotic bugs from time to time.

Ok…well to be more accurate being a city girl they are exotic to ME. When I look them up they always turn out to be pretty mundane and average. But being bug inexperienced they never fail to fill me with the wonder and glee of a five year old.

Our most recent visitor that we captured in photos was what turned out to be a polyphemus moth, which, according to Wikipedia is quite common. They describe it as follows…

“…a North American member of the family Saturniidae, the giant silk moths. It is a tan colored moth, with an average wingspan of 15 cm (6 inches). The most notable feature of the moth is its large, purplish eyespots on its two hindwings. The eye spots are where it gets its name – from the Greek myth of the Cyclops Polyphemus.”

I describe it as notable because it was huge and all kinds of awesome. And here are a few pics to prove it. 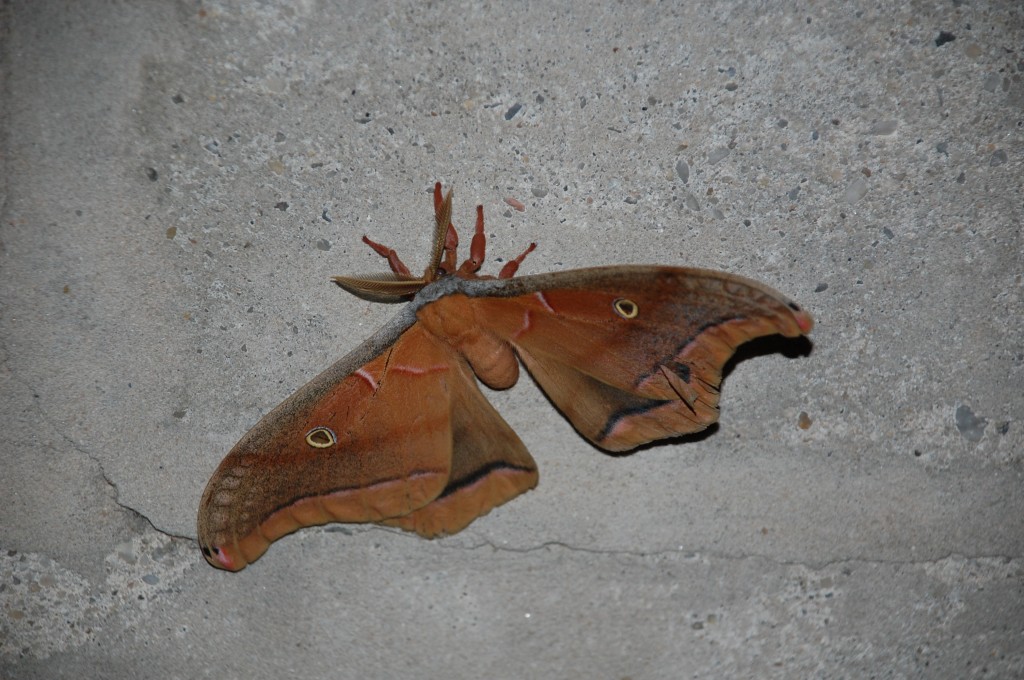 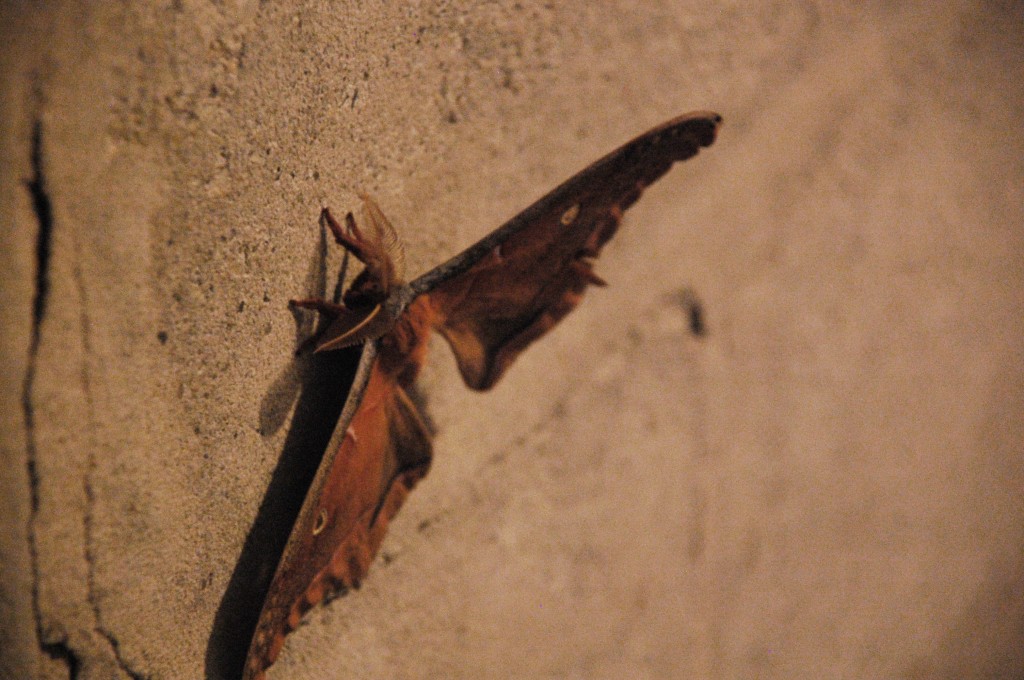 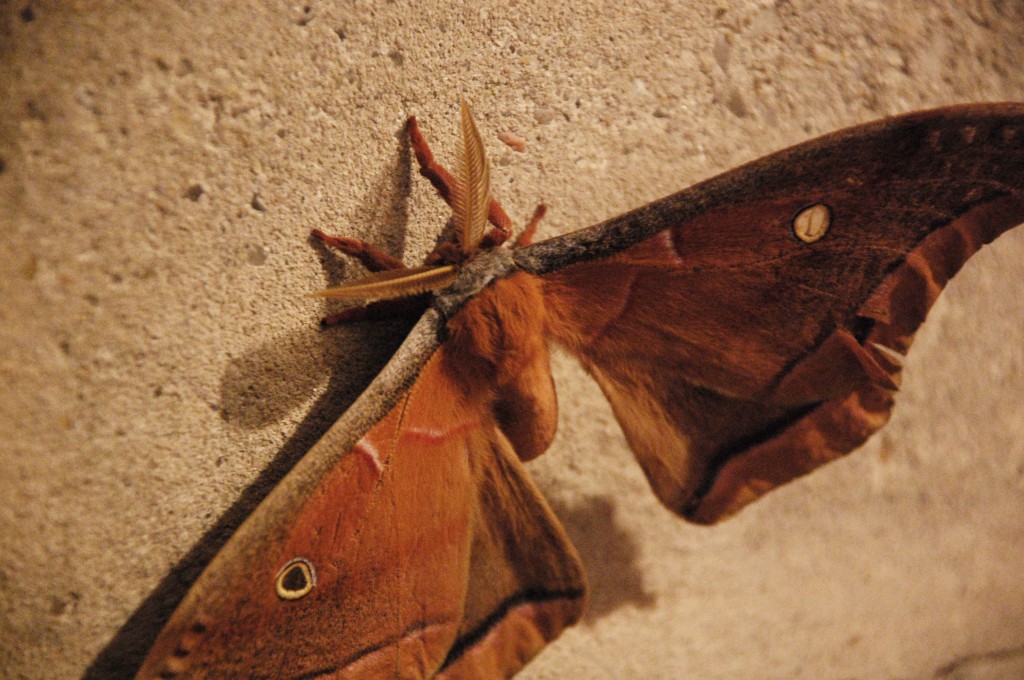 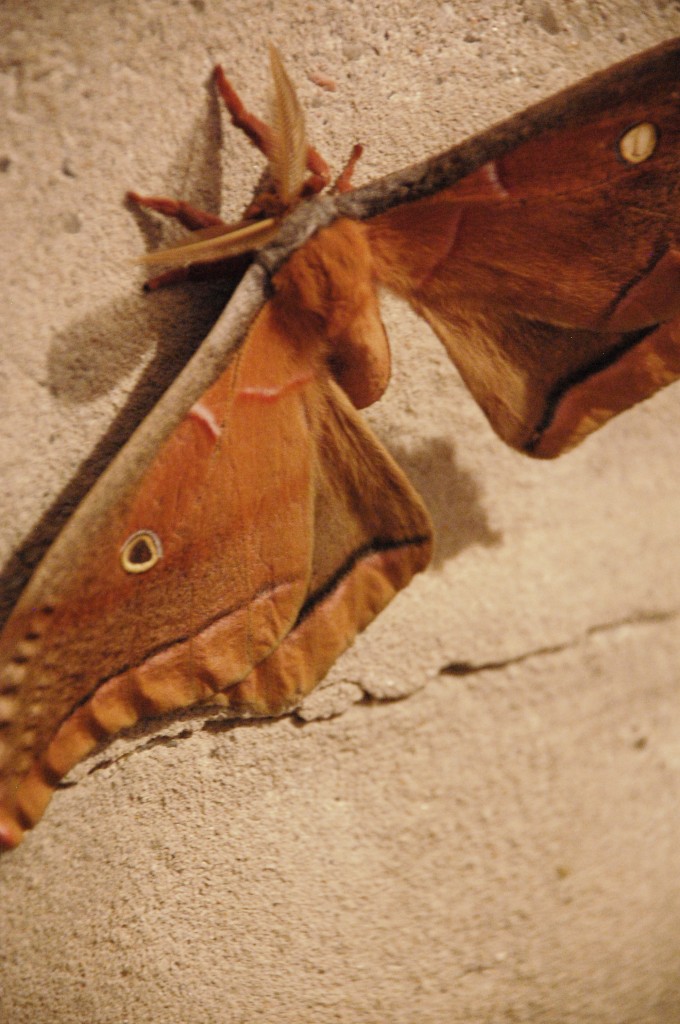