I stumbled across this priceless pic of a Royal Farms Dairy truck in the Shorpy archives.

It’s a great photo to begin with, but the kick butt caption the archives gave it , “Burlesk & Butter: 1943,” along with the fact that it was taken in my home town of Baltimore, Maryland on Light Street, makes it even more of a treasure.

If you love it as much as I do — or you are just a fan of vintage historical photos — head on over to Shorpy’s to fill up your eyeballs and even purchase some prints while you’re at it if you like.

Just click on the pic for a slightly larger version. 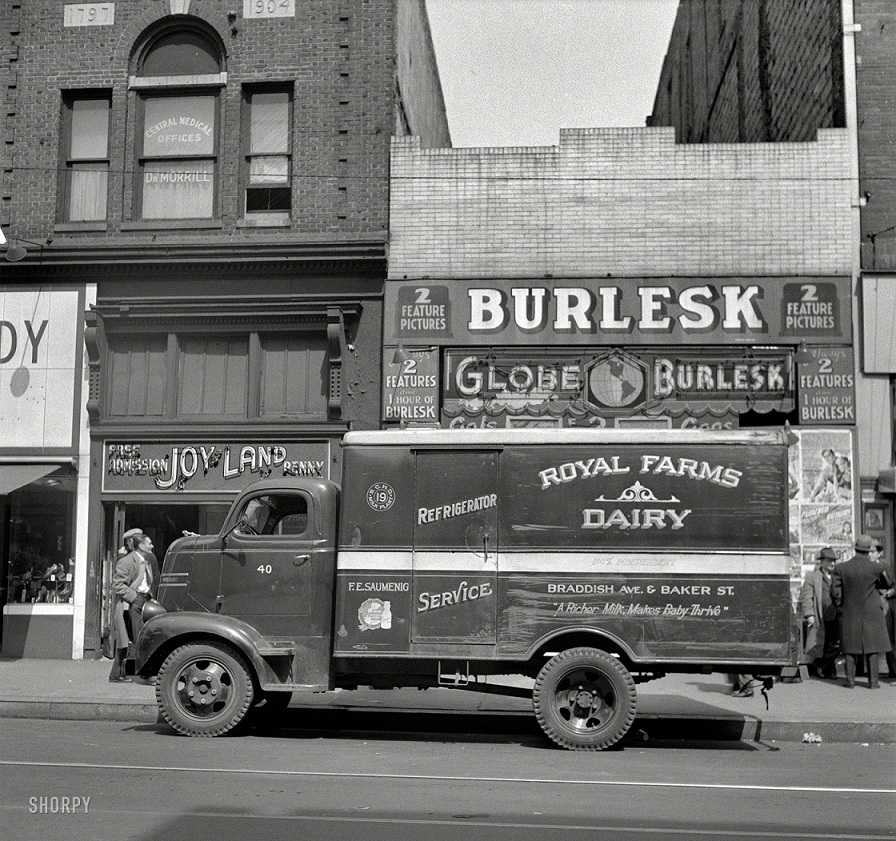