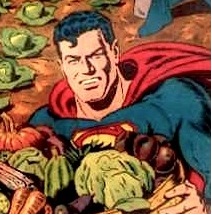 Confession…I kind of have a thing for vintage government posters. Old public service and propaganda posters make me go a little weak in the knees. There’s a veritable a treasure-trove of history and culture wrapped up in them.

I have a ton of  pictures of WWI, WWII, and Depression era posters  saved on my hard drive. And although I have shared a few with you here and there, I always intend to post more and just never seem to get around to it.

I’ll try to do better. But in the meantime I had to share an awesome WWII Victory Garden reference with you. (It reminded me a little bit of this “When Superman Goes Domestic” post from awhile back.)

Victory Gardens, also called War Gardens, were common during WWI and WWII in the United States, the U.K, Canada, and Germany. They were encouraged as a way to reduce the heavy pressure on the public food supply during war time. And lots of posters were produced urging both urban and suburban families to do their part to “support the troops” by producing home grown vegetables.

Did you ever think you’d see Batman digging up cabbages? Me either! But I guess if Superman can don an apron Batman can wield a trowel. 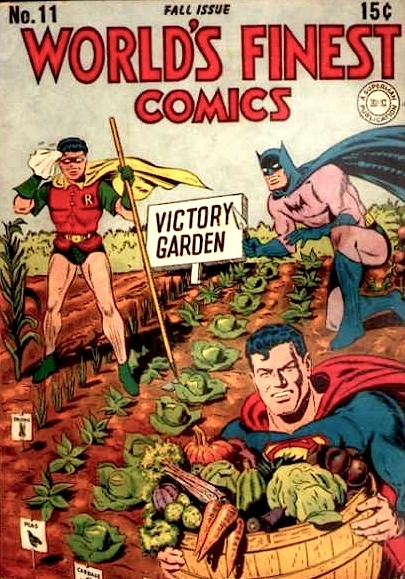 If you liked that then these are kinda sorta related…

Jenny on the Job WWII posters

Little Miss Muffet reads her way through the Depression