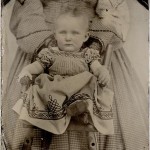 Sometimes I learn something new and I wonder how I possibly could have made it through so many years of my life without knowing about the “thing.” (Okay peanut gallery enough with the “your so old you better make that MANY years” comments.) Such is the case with “Hidden Mother” photos.

Please tell me that I’m not the only one who was unaware of this special category of vintage images. It’s been a couple of weeks ago that I first stumbled across the term and a treasure trove of photographs to go with it. But I’m just now getting a moment to share it with you.

In the early days of photography getting an in focus picture was…to say the least…quite a challenge. A portrait required your subject to sit perfectly still for a long exposure time of up to a minute or more. And, well, as you can imagine not moving a muscle for a full minute is hard enough for an adult to manage let alone a small child or baby.

(The earliest daguerreotype photos required about 15 minutes of sitting still with the subjects head in a clamp and the exposure on the very first photo ever, “View from the Window at Le Gras” in 1826, took 8 hours to expose…no people in that one!)

The mother…disguised or hidden under a cloth or positioned out of the shot…would hold her baby tightly while the photographer took the photo. Thus the “Hidden Mother” photos were born.

Now, if you’re like me you have obviously seen some of these early photos and never really registered the hidden mother aspect of them. But once you are aware of it its almost impossible to NOT see them.

Sometimes instead of being hidden the mother is simply in shadow or you see a full arm or more of the baby holder.  It’s speculated that at least some of the “hidden mothers” in these early photos are actually photographer’s assistants. (In the cases where the holder is seen but the holder’s face was purposefully scratched out this is probably true.) And occasionally the arm or a hand of hidden father makes an appearance as well.

Below I posted a few of my favorite examples. If you want to see more visit the Hidden Mother: Tintypes and Cabinets group on Flickr. 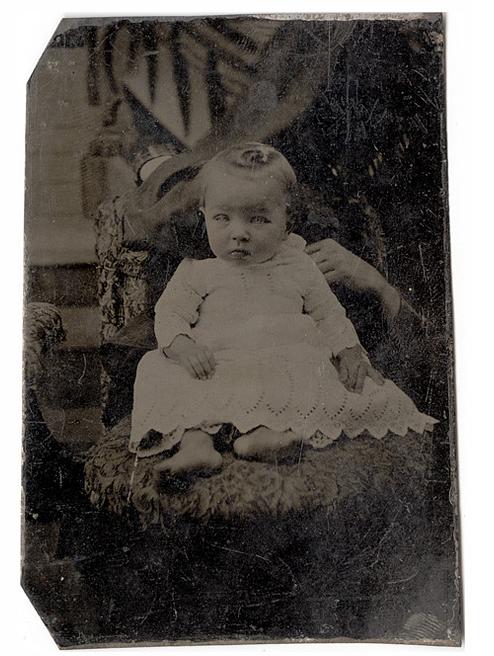 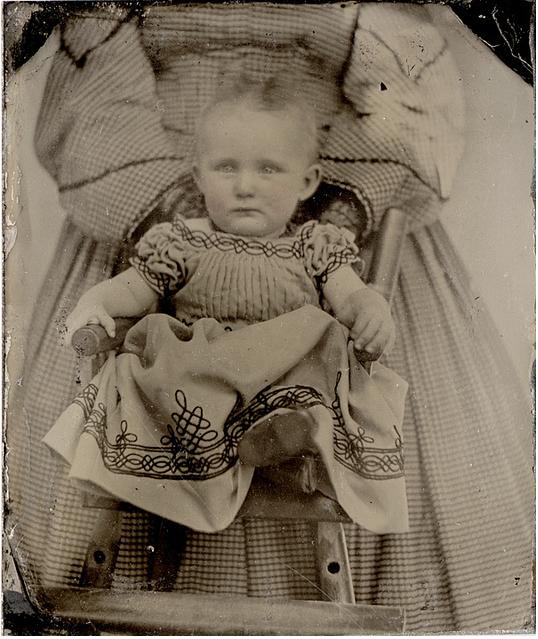 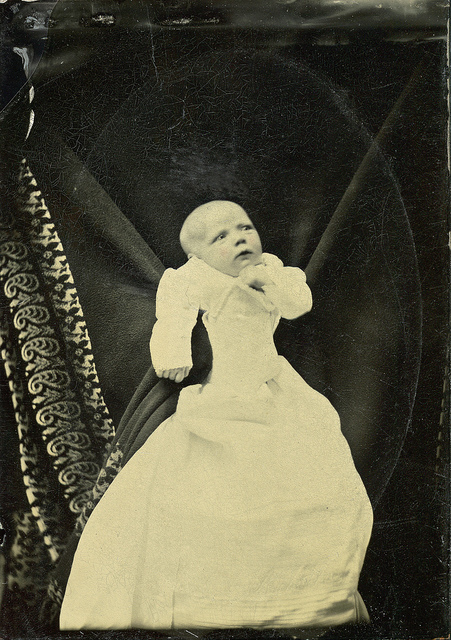 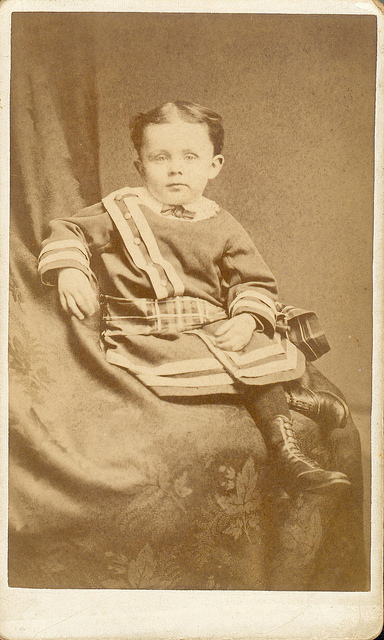 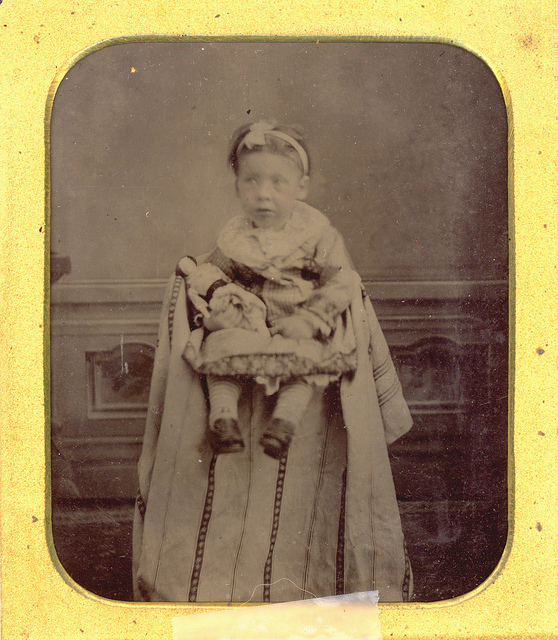 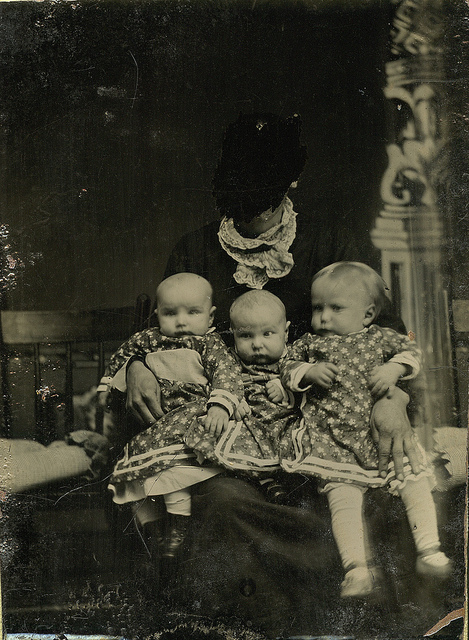