So, it turns out that before Stanley Kubrick’s career skyrocketed and he became the perfectionist writer, director, and producer we know so well he was a dirt poor kid getting preety dismal grades in school and struggling to make ends meet in the Bronx by playing Chess for quarters.

It was the late 1940’s and seeking an artistic outlet Kubrick…all fresh-faced and moody…somehow landed himself a job as the youngest ever photojournalist for Look magazine. (I’m guessing the “somehow” had something to do with a publisher knowing raw pure talent when he saw it.) That’s him over there in the corner  in a self-portrait around this time.

According to a brief article over on Flavorwire Kubrick was known to often “steal” photos on the sly by hiding his camera in a brown paper back with a hole cut out for the lens to peek through.

Below are a few Kubrick photos from that period that struck my fancy. (Be sure to visit Flavorwire for the full set.) 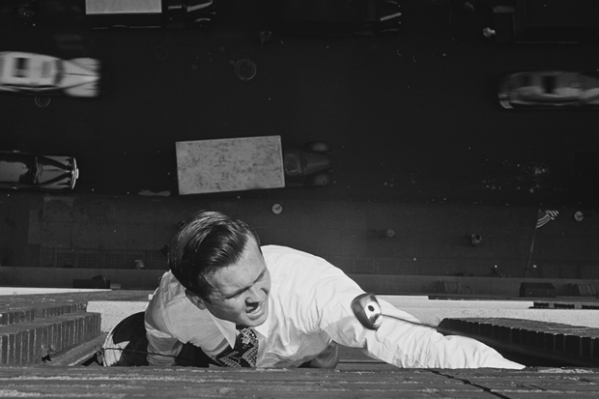